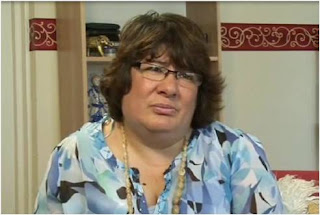 I first met Maria in 2007 when she lived in a bedsit in a large unregistered care home with nine other people. She was supported by NHS staff and classified as an in-patient. There were areas in the building where all the residents could go and meet, but Maria did not get on well with one of the other residents and this made living there difficult for them both.

Maria was quite independent doing housework and some cooking, but she needed support to go out and do the other things she wanted to do and found that at times there were not enough staff.

Maria needed to move as the care home was closing and her support transferring from the NHS to a private social support provider organisation. Everyone in Maria’s circle of support worked closely with her to establish how, where and with whom she wanted to live. Careful consideration was given to her support needs and specific vulnerabilities. Once some properties were identified as potentially suitable, Maria and her advocate went out for the day to view them. Maria chose the house she currently lives in from the shortlist.

This part of Maria's story can be seen in a film called 'Opening the Door to a New Life', which was made by Eastern and Coastal Kent PCT. You can view this from my website: www.clairehall.com

I went to visit Maria two years after she move into her new house. She described living there as "peaceful and comfortable", and said that the neighbours are nice. Maria is now able to do things at her own pace and her support is centred on her needs. She relishes sleeping when she wants, but has an active life doing what she has chosen such as attending college, swimming, do aerobics, reading, going to dinner parties, the cinema and shopping! She has an ironing job and is saving up for a laptop. She loves the freedom of not having to fit in with others and recalled times when she had to take it in turns with other residents just to attend the local phab club because there weren’t enough staff or transport to take everyone.

Before she moved, Maria really wanted a cat, but this wasn’t practical or allowed in her care home. When she moved, she got a cat but soon discovered that life with a cat is very different to how she imagined! Her cat has a new home elsewhere now, but Maria is glad that she had the opportunity to finally try what she wanted.

Last year, Maria visited her family in Cyprus for the first time in years and would like to holiday again this year – in Spain, Greece or the Isle of Wight! She also wants to paint her bedroom and to keep saving up to buy things to make her home look even nicer!

Maria loves her home and the freedom, choices and responsibilities that go with it. When asked about her previous care home she said that that she would "not move back in a million years!"
Posted by Claire Hall at 16:38 No comments: